The Japanese writing system is an interesting one indeed. Learning hiragana (the most basic of the Japanese system), learning katakana (used for loan words or foreign words) and learning kanji are the three essentials of being able to read and write.

Japanese is perhaps one of the more complex writing systems of the modern world. I don’t know who was responsible for creating the system but perhaps it was some ancient Japanese scholar whose flagship class was Memory Torture 101. For today, let’s focus on a finer point of one of the three systems, katakana.

Katakana is made up of 46 different characters. Here's the katakana list: When I started learning katana there were four characters that would irk me to no end. They were “shi,” シ“tsu,”ツ “so,” ソand “n,” ン. Looking at the chart above, can you see why it may have been tough to learn these four?

It’s because they look so freakin’ similar!! If you already know your katakana, perhaps you ran into a similar stumbling block. But I learned a little trick that will help you to easily distinguish between shi and tsu, so and n.Let’s start with the characters shi and tsu (the ones that look like smiley faces):

If the two smaller lines line up horizontally with the right, upper edge of the longer line (the smile part of the smiley face) then you are looking at the character “tsu.”

How about “so” and “n”? Well, the exact same rule applies. These are smiley faces with one eye, so you’re just seeing where the one, smaller line is placed in relation to the longer line (smile part).

If the single, smaller line, lines up vertically with the left edge of the long line (the smile part), then the character is “n.”

If the single, smaller line, lines up horizontally with the upper right edge of the long line (the smile part), then you’re looking at the “so” character.

You know what’s cool about this little trick? It can even help you to remember the stroke order when writing. If you just remember that you always draw your smaller parts of these four characters first, then it’s just a matter of thinking in top-to-bottom, left-to-right lines.

I hope that sheds a little bit of light on one of the more confusing aspects of reading and writing and memorizing your katakana.

If you'd like me to personally walk you through the Katakana "Line Method."
I've created a bonus video tutorial just for you!
Click the play button, enter your email, and get your video. 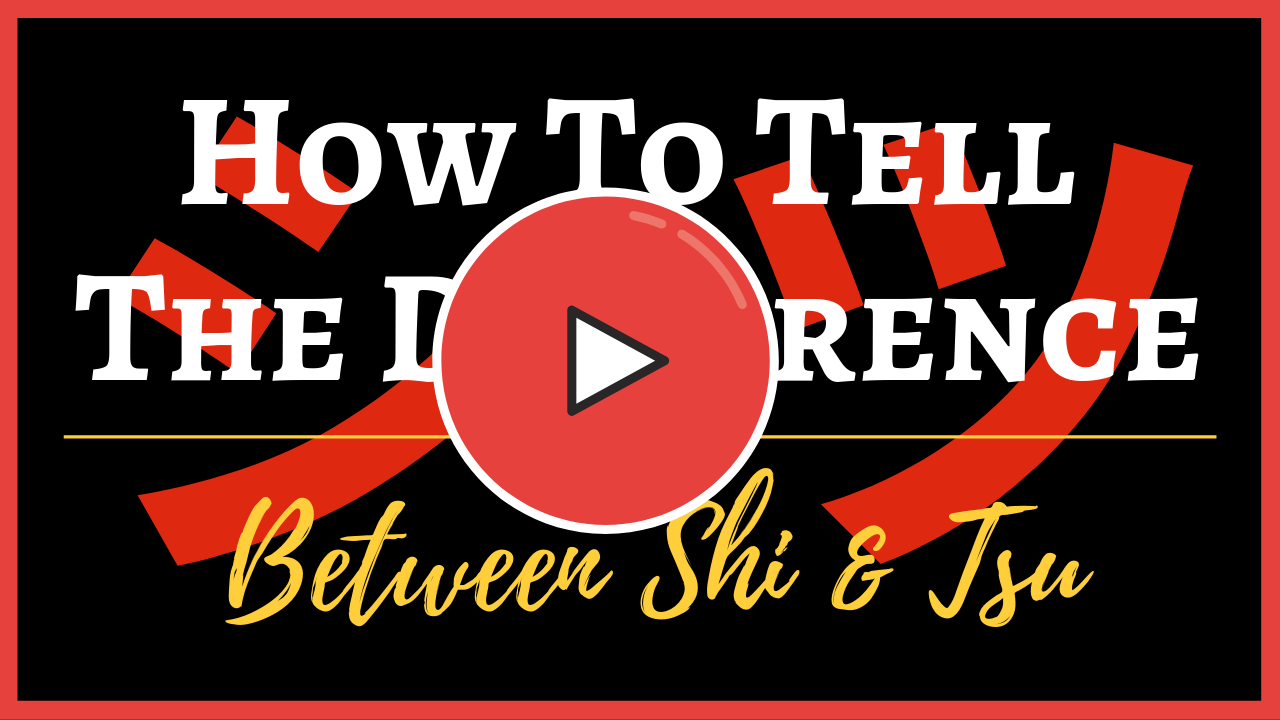 Don't forget to grab the video version of the Katakana post.
You can see the Katakana Line Method in action, get a little extra practice in, and join the Japanese Mavericks Community. Simply enter your name & email below: