The Importance of Learning Japanese, an Interview with Abasa Phillips 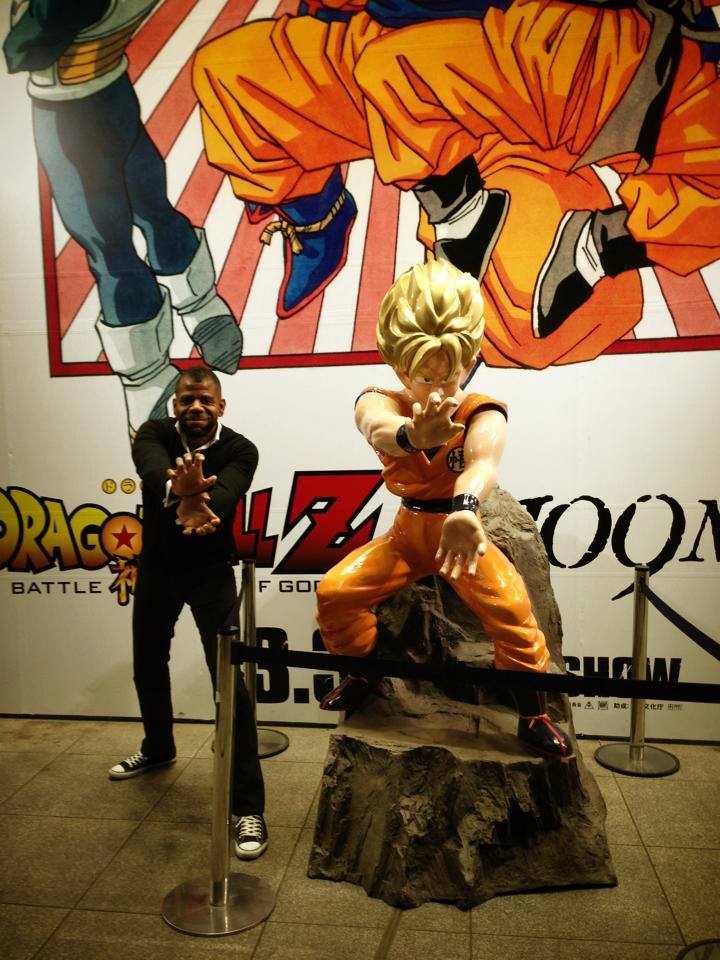 Greetings Japan Guy readers! I’ve got a special treat for you today.

I just finished up an email interview with my friend and long-term Japan resident, Abasa Phillips. I really wanted to introduce all of you to  Abasa because he’s been living in Japan for many years now and has been studying the language for many more years.

While I enjoy talking about teaching, but it's important to branch out a bit.  It's important to show that teaching isn't the only road to success here in Japan.  Abasa is one of the first foreigners I ran into, that wasn’t a teacher, that really schooled me on what life can be for a foreigner in Japan.

Abasa happens to be an all-around good guy and a personal hero of mine. When I was fresh off the plane, he took me under wing.  Abasa not only showed me the importance of learning Japanese, but helped me understand how enriching it can be to embrace another culture.

Please check out the interview I did with him. I thought there was some really great advice in this interview! I hope you get as much from it as I did:

Where are you from?

What do you do?

Most people come to Japan to teach. How did you get into your﻿ ﻿line of work?

I originally came to Japan as an exchange student. When I came back in 04 to look for a job, I used those connections here, as well as connections in the US to find a job in Tokyo. Since then I had a window of ﻿opportunity﻿ to start my own business and have been doing that ever since.

If you want to find a job other than teaching English, you have to hang out with people that do ﻿other﻿ things besides teach English.

I was a bit freaked out by how jaw-dropped a group of young girls from Osaka were after I gave them directions to the station.

I﻿ was on the 8th ﻿floor﻿ of a fairly new building and it swayed like I never knew a building was capable of ﻿swaying﻿.

What made you ﻿stay﻿?

I speak Japanese so I was able to get news updates as they were released, and didn’t have to rely on the foreign media wich was riddled with exaggerations, scare tactics, and flat out lies which in my opinion created a panic. I also had/have a pretty good escape plan to Southern Japan if it ever came to that.

With been the scariest thing about all that’s happening right ﻿now﻿?

The scariest was when the quake hit, and I thought ﻿the﻿ building I was in was going to collapse.

Are you married? If so, what are some of the challenges of starting a family﻿ ﻿here in Japan?

Yes, I am married. I haven’t had any real challenges thus far since we don’t have children yet, but as a word of advice, in international relationships couples come from different cultures which generally have very different views on what marriage is. Make sure you are on the same page with your partner before getting married!

Will you stay in Japan forever?

I have no idea. I don’t think in terms of countries per se anymore.

How would you rank your Japanese skill level 1-10 (one being complete ﻿beginner﻿, ten being a native ﻿speaker﻿﻿)? How did you get to that level?

I would say a low 9. I never stopped studying. When I began studying Japanese I thought that I would have to study for 4 years and I would be good enough, but I never felt “good enough”. I have been studying for 13 years now.

I’ve been out with you before and seen your Japanese skills at work. Pretty freakin’ amazing.

If someone wants to go ﻿from﻿ zero to fluent, what’s general study advice you would ﻿give﻿ them?

-Start at a language school or in college.

-Learn all of the basic grammar and vocabulary.

-Carry a notebook, and jot down words that you don’t understand, and then review them before bed.

-Get Japanese friends that share the same interests, and hang out with them as often as possible. Same gender friends are very important.

-Study 10 kanji daily, and on a strict schedule.

-Get a Japanese girlfriend that doesn’t speak English.

-Read Japanese as much as possible.

What was the toughest thing about picking up the language?

When did you notice the biggest change in Japanese skill level?

After I learned 2,000 kanji. This is not as difficult as it seems actually. I ﻿learned﻿ 22/day for 3 months. It took 1 hour after I woke up, and 1 hour before bed for review. My Japanese ability easily doubled in just those 3 months, and I ﻿was﻿ able to read newspapers, books, and manga which had a snowball effect.

What's the importance of learning Japanese as a foreigner living here?

Your life will be 100 times more fulfilling. Imagine living in the US without speaking English. Not being able to go to shows, watch stand-up comedy, watch movies, buy concert tickets, shop online, meet friends that have the same interests that don’t speak your language, dip into any restaurant and order whatever you want etc etc.. If you only speak English, you will get Japanese friends, but many times your friendship is based on just that one aspect and it will be difficult to develop a deeper relationship.

What are some doors that have opened up for you as a result of learning the language?

Jobs – since I can speak to clients/coworkers in Japanese.

I was invited to be on TV because of my language ability.etc.

If for example you happened to meet the most pig-headed, racist, person with a chip on their shoulder in a bar, you could turn them in to your biggest fan the second you show them the respect﻿﻿ of speaking to them in their language at an advanced level.﻿﻿﻿﻿﻿  When you speak, everyone within earshot will understand that you made a big sacrifice to learn their language, and how much love you had for their country to be able to make that sacrifice. Whereas if you only speak English, it kind of feels as if you are taking advantage of their hospitality.

What are some things that you wouldn’t be able to do if you couldn’t speak Japanese?

I wouldn’t be able to eat at the restaurants that I eat at, have the job that I do, live in the ﻿apartment﻿ that I﻿ ﻿live in, or meet the amazing wife that I have.

If you have any questions for Abasa please feel free to leave them in the comments section, and if he isn’t able to drop by to answer questions, I’ll compile a list and send them to him.

Abasa, thank you so much for taking the time to do this. I really appreciate you.

GOT QUESTIONS FOR ABASA PHILLIPS?

Please feel free to leave them in the comments section below. If he isn’t able to drop by to answer questions, I’ll compile a list and send them to him.